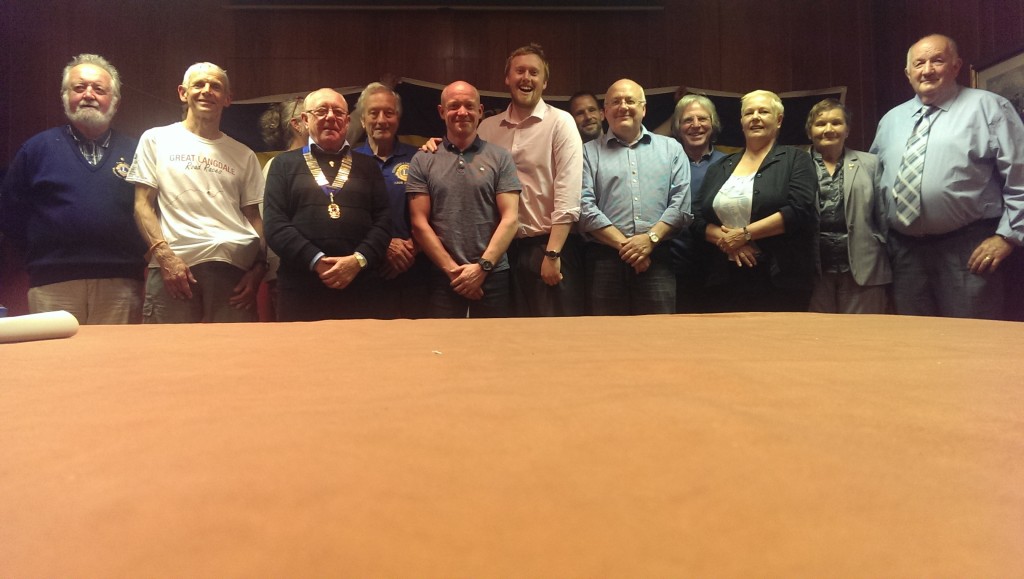 Windermere and Ambleside Lions had a relatively brief September meeting at the Hydro Hotel on Tuesday 2nd September.

They were joined by fellow Lions Tony and Kathleen from Kendal which resulted in a full table of friends.

The club, as always, received several pieces of correspondence thanking them for their work. This included one from Alice’s Escapes who thanked all Lions in the region for their kind donations which helped pay for a caravan for family holidays. Lions were invited to go and view the caravan and many intend to go.

In the finance report it was noted that money was raised at Grasmere sports after three Lions worked their socks off and donated their pay. Also noted was a £100 donation from last months meeting to Diamond Black Fan Anemia.

Fundraising was briefly covered as it will be discussed in more detail in October, but Lions were asked to consider how the Festival of Fun might operate in future years.

Each month the Club holds a raffle, this month the lucky winner was Ronnie who wasn’t as happy with his Lion Keyring as he would have been if it was a bottle of wine. The Lion Loser was Maggie, there was pointing and laughing. Maggie told those pointing and laughing that she would get them in the playground but will, regardless, now bring the prize for next month.

The Lion Charter (a big meal for Lakes Lions with lots of other Lions invited) is booked at the Hydro on Sunday 21st September and the club expects around 50 people to attend. Last year featured Faulty Towers but this year there will be a guest speaker by the name of Peter Clough. The event will be MCd by Lakes Lions youngest member Ben Berry. A fun part of the evening will be a competition to guess the length of the presidents speech with a cash prize for the winner.

Much of the discussion happened during Any Other Business where the club heard of Steve’s latest adventures. He thanked the club for sponsoring 17 year old Robert Atkinson to be a guide down the river tay kayaking. Steve enjoys kayaking but requires assistance due to his blindness. Steve had also recently ridden from Toronto to New York on a tandem bicycle raising $1000 for Fighting for blindness in Canada. His next trip is Rome to Canterbury, reversing the Franciscan Monk homage. On this trip Steve will be raising funds for RP fighting blindness and Ewing’s Sarcoma.

Lion Lisa told the club about the possibility of sponsoring flower beds within Windermere Town and Lion Tom suggested the bed adjacent to Natwest Bank at the top of town.

As always Tom had some breaking news that the club should know about. He delighted in informing the club that was there was a new barber in town and it was only £5 for a nasal wax and beard sculpting was also available. This was well noted by members and thanks were given for his eagle eye for important and relevant goings on.

The meeting closed at 9.45 with a toast to Lions Club International.